The hotels.ng internship program - a recap 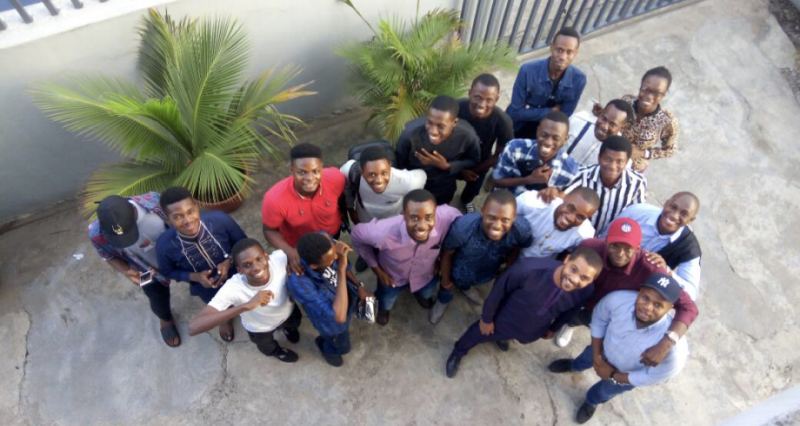 A few months ago, I came up with an idea - let’s (Hotels.ng) do an internship program for software developers. We put out a tweet and within 2 days, more than 100 people had applied. People wanted to learn software development.

Obviously, so many people could not fit into our office space. So we pivoted - it would now be a completely remote internship program. And not just that, but we would pay the interns! Crazy, you’d think - how can a company that does not have 100 employees pay 170 interns?

We set it up this way - anyone can join the internship program. But you only get paid when you deliver features. Only the most determined would make it through.

(I have a theory. I believe that anyone with enough determination can be a good software developer. Software is like speaking a foreign language - if you practise hard enough, you will become fluent.)

Anyways, in the first week, 170 people started. The task they had to do was to setup git and pull and push some code. One week later, only 80 people were left in the program.

The second task was to write a bit of code (front-end mostly) and push to the repository. By the end of that week, only 30 people were left.

And now the internship started in earnest. Interns were given tasks, and each week they had to deliver. Anyone who delivered got paid, those who did not did not get paid. We wanted the most determined people to make it through.

Over the coming weeks, people dropped off, slowly. Some because they could not meet up, and some because other things got in their way. But some people persisted all the way through to the end. We finished up with 15 interns - brilliant software developers - people with the get-it-done attitude. They would run out of power and code on their phone. Some would go to class in the morning, and code at night. Some went to internet Cafes to code.

They ended up building 4 products for us - Spots.ng (a listing of places in Nigeria), Raven (an internal email sending tool), Locations API (an API for Nigerian addressing system), and a product yet to be released (Hotels.ng for Businesses).

We ended up hiring three - Stephen Afam-Osmene (who I found out started university at 14), Gideon Onwuka (a quiet guy who hardly said anything, but always was first in completing the tasks), and Fisayo Afoloyan (one of the few guys that was as good on the front-end as on the backend). We made an offer to Ife Arowosegbe who also got an offer from another Lagos startup as a result of the internship. There are a bunch of others we are seriously waiting for them to finish school so we can make them offers.

The most impressive of all is Vanessa Ekwegh. She was one of the great performers in the internship program, but someone told me that before the program she did not know how to code!

Not everyone was coding though - Faith Dike - Microsoft Student Partner lead from Port Harcourt, decided to go the project management route. Without experience she managed a large team of 170 random and remote coders. She did it successfully, as the entire team would testify. Towards the end she also decided to go into testing, and became the one keeping people on their toes in the project.

The other top coders who are still in school, but who we would have loved to hire: Shalvah Adebayo (brilliant coder), Quadri Lasisi (this guy would solve all his features, then go and help others solve their issues).

Mr. William Olojede, studying in Cyprus, was our Mr. Front-end. On the front-end he is brilliant. His worked always workrf perfectly.

Emmanuel Kayode and Segun Adeponle built 80% of spots.ng and Raven on their own.

Emeka Achugo, Kunle Oseni, Olahfemi Olah, Pascal Uchulibo who are all still in university were the main drivers behind our business portal, which is a major project for us.

Everyone who made it through the internship were not just brilliant - they had that far more important quality - never giving up and always looking for a way. That’s what it really takes to be a coder. People say you have to be smart, but I don’t really think so. I believe you have to be the kind of person who loves getting a problem and solving it. And that’s what these guys/girls are.

In Nigeria we have great software developers. We at Hotels.ng are really happy we could play a part in discovering and highlighting of these people. Notice how I don’t say we trained them - because we did not. We found them. They trained themselves. Developers must do that. All we did is put them in an environment where they would be challenged.

Early next year we will be going into Round 2 of our software developer internship. Anyone who was part of the first batch and dropped out along the way - come back! Now you know more, you’re wiser, and you will learn even more.