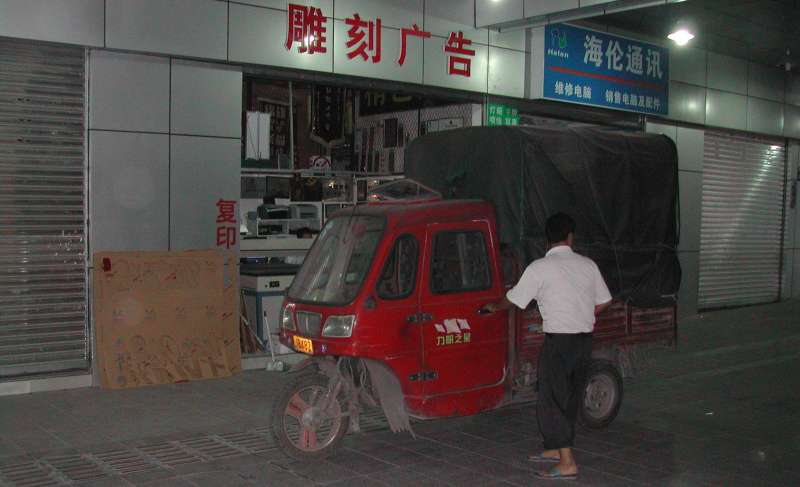 I was alone in the center of a small Chinese town, the weakly glowing streetlights hardly illuminating the streets. The silence was heavy and absolute. It was very different from the eternal light and sound of Shenzhen, and the high elevation gave the air an unusual taste. Things were not the same up here in the mountains, and this strangeness seemed a bit menacing. The roads had been tarred, courtesy of the rich central government who gave special attention to the Chinese minorities, but the villages up here in the mountains of Yunnan province did not have many cars to wear down the roads. So they felt incomplete, and leaves lay about, their crushing beneath my feet giving my walk a strange soundtrack.

A group of men sat in a doorway smoking tobacco from a big bong, watching me walk past with impassive faces. I hurried a bit. What I was looking for was near, I knew. I turned a corner into a small side street, and saw it – the red and blue glow of the humming fluorescent lights, the pictures of the scantily clad lady. I had found the local internet cafe.

I walked in through the narrow doorway, squeezing past a young teenage couple holding hands and staring out of the door. The guy had a scar across his forehead, I wondered idly what their story was, it may have been an amazing love story, it could have been endlessly tragic, perhaps they were completely boring. I’ll never know, because I walked into that room and was hit by the combined glow of hundreds of computer screens, different figures danced across many screens in some dance dance revolution clone, colourful websites reflected off the eyes of engrossed guys, smoking men scrolled through the news, cliques of teens starred together at a screen and shouted and laughed. The room was huge and it was filled with people surfing the internet and playing games. The internet cafe, long thought to be dead, had simply retreated here into the mountains, and it fed the local population with all the entertainment they could not afford to have at home.

After the necessary registration with my passport at the counter, I bought an entire night of internet surfing, starting off by checking what was new at techcrunch. I went through the usual schedule of websites I read, skipping only facebook and twitter, as they don’t work here. 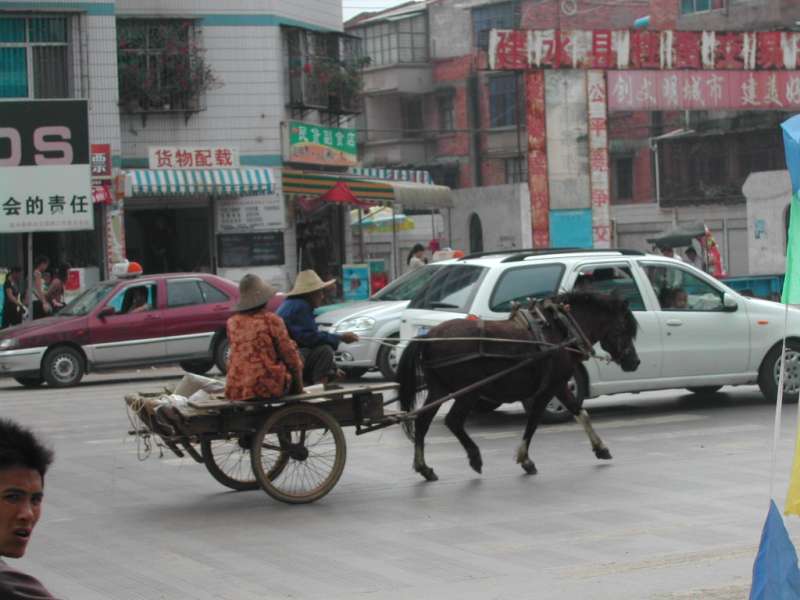 Being the only foreigner in there, I was getting a lot of looks, giggles and yelled out “HELLOs” from the kids around. I expected them to come talk to me at some point, so when someone tapped my shoulder, I was suprised that rather than some spiky haired teenager, it was a somewhat middle-aged smiling man with a cigarette dangling from his lip. He introduced himself with the sentence: “TechCrunch is my favorite website, too”. His english was heavily accented, but good.

I simply looked up at him, unsure what to reply. I didn’t need to say anything, because he started talking to me about the last few articles he had read on TechCrunch. I got only a few sentences in, mostly in agreement with his somewhat unusual but pretty insightful opinions about what they wrote. He spoke as if he had never spoken to anyone about TechCrunch, and needed to get all his thoughts out.

After 30 minutes of mostly listening, he invited me out to have a drink with him and his friends. He excitedly made phone calls in the local dialect and we went out. We walked over to some local food place, and sat outside on plastic chairs, several beers quickly appearing on the table. Soon, several of his friends popped in a shiny new BYD car, and they joined us.

He told me what he does: he sells software. And he sells a lot of software. Every month, he makes more than $5000, which is more than 50 times the average salary where he lives. He told me how he does it, and it’s a bit unusual.

He had learnt how to program from a friend of his. They had both moved to Kunming and started working, but when his dad got sick, he had to go home and farm to keep the family alive. His dad was sick for close to a year, and they needed money. Unable to travel, he had started looking for jobs on Odesk, Rentacoder and such sites based on recommendation from his friend. After writing some software for a client, he noticed something important:

If he simply looked at the list of software projects available for jobs, he would have ideas on what software to develop.

He did this, and rather than making software for clients, he created his own software products, which he put on the internet. He said that 3 days after he copied a simple idea from the rentacoder list on his website, he was making 2 sales a day. $20 per day, which basically doubled his monthly earnings as a farmer. He continued working on more products and copying more ideas, and soon he had 10 different software that he was selling. Sales were low at the start, but even then for him it was a lot of money.

He kept doing this, cloning software he found that people wanted by looking at open projects on rentacoder, most of his software being related to video encoding. Additionally, he would take open source software, change the way it looked and sell it online. He said he’d get a few refunds, but most people would purchase it without complaining. He said he tried selling Firefox for a while, but sales were very low due to the free competition.

At the moment he’s making more than $5,000 a month, and he’s been making it for more than 4 years already. He’s one of the bigger players in the shareware software market.

As I left, he dropped me off at the local hotel where my friends were. He shook my hand enthusiastically and said he would email me, but that he had to sleep now, because he had to go to the farm early the next morning. Surprised, I asked him why he still farmed. He shrugged and lifted his palms in that typical smiling manner that the villagers there have. “No why!” he said. “I enjoy farming”. 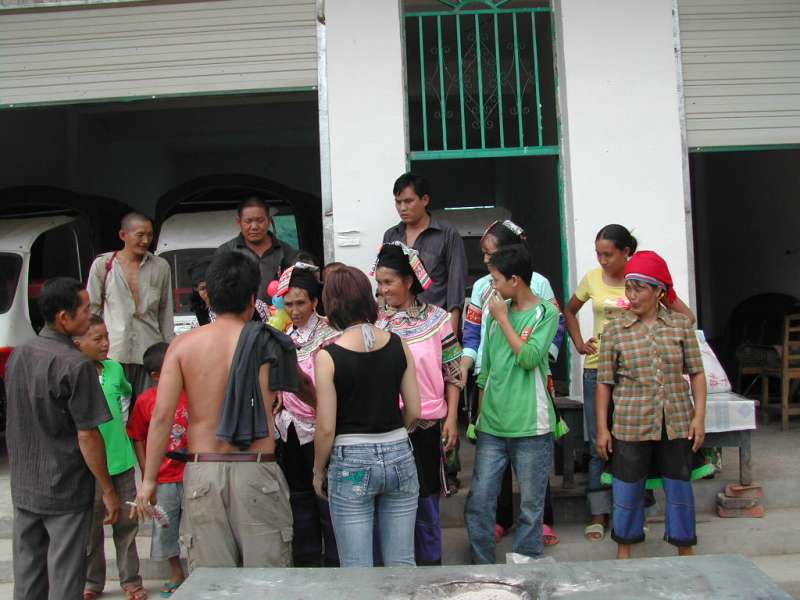