Interview questions to find a genius 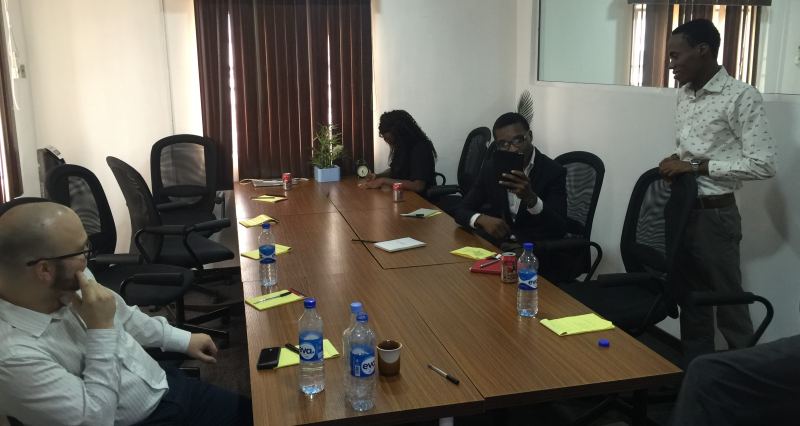 Hotels.ng is looking to hire very smart people. People that like internet, that like startups, that want to be challenged to create order out of chaos.

I had about 40 replies. Each person that replied got a series of questions to answer. By the end of the night, one person was invited for interview. He came for interview, and was offered the job. Below are the answers of the winning candidate, answered via email over a 1 hour period.

Next week, we will be doing another quiz interview on Monday or Tuesday night, follow me on twitter if you are interested in trying out (even if you have tried in past, do again, we only hire one person per week).

Which of these two is faster — superman or the flash?

Uncertain: they’ve never completed their races. But seeing as The Flash can see everything on earth when he runs (and seeing as he moves in attoseconds, ah) and considering that he beat Superman to calling himself the ‘Fastest Man Alive,’ well… .., Barry Allen it is.

In a series of question designed to quickly evaluate and eliminate candidates based on their response to free-form questions, what would be an ideal third question for those that have done well in the initial and second question, considering that difficulty of posed problem must be logarithmically harder than the prior questions?

Considering that questions 1 and 2 which, being free-form, appealed to examiner’s interests/amusements (which the candidates, as established prior, managed to pass), an ideal third question to break a sweat should test the candidate’s ability to suggest a question that: a. Suits the examiner’s interests/amusements. b. Poses a paradoxical loop for all concerned (effectively satisfying the need for ‘logarithmic difficulty.’) I would suggest the question below: “In a series of question designed to quickly evaluate and eliminate candidates based on their response to free-form questions, what would be an ideal third question for those that have done well in the initial and second question, considering that difficulty of posed problem must be logarithmically harder than the prior questions?” Hotels.ng Question 4:

If someone offers to sell you a working algorithm to calculate if any number is a prime number, how much would you pay for it?

I would be willing to pay not more than half of what I have at the moment. I would need to also acquire a working algorithm that generates numbers ad infinitum for the original algorithm to be of any use to me.

In quotidian conversation, ‘exponentially’ would be more applicable.

If Van Gogh and Mozart would have been in the crowd listening to the famous Mark Anthony speech on the death of Julius Caesar (as written by Shakespeare), what would have been their comments?

Mark Anthony: “Friends, Romans, Countrymen: lend me your ears!” Van Gogh: Ah, I can only spare the right one. The left is still unfortunately attached. Mozart: Haha! Good one. Beethoven would consider this offensive — if he could hear it.

Why would people salt the earth of conquered territories in the past?

Symbology: used to depict that judgement has been meted on an enemy city and its land is ‘eternally cursed.’ Unfortunately, the victors ‘sowing the land to salt’ didn’t use large enough quantities of salt to render those lands non-arable. ‘Unfortunate’ because it’d have made for a funny story in hindsight.

Write a two paragraph speech to an alien species that want to move into earth because their planet has been destroyed, and need humans to give them a single continent.

Greetings, Ladies? Gentlemen? This is awkward, and it urgently demands a review of our interplanetary salutations. One cannot be certain you aren’t sexless fungi feeding saprophytically on the back of a less developed life form. The preceding line exposes the natural human curiosity about aliens, a curiosity that has seen us create several alien-based box office movies: Star Trek, Star Wars, Transformers, Superman, Keeping Up With The Kardashians. However, with respect to your request for ‘neighbourly usage of your lodging facilities re: a continent [preferably Africa] in light of unfortunate demise of our home planet Betelgeuse II’, we would have to respectfully decline. Reason has been hinted at above [we’ve seen the movies; it almost never ends well.] Add to that the years of anal probes and brainwashing and the maddening peekaboo of UFO sightings and we daresay you aliens are too exasperating to have on this planet. Also, in South Africa, xenophobia [which literally means: a fear of aliens] appears to be an actual problem and as such your safety is hardly guaranteed. In the interest of fairness and ‘extending the hand of friendship,’ we would have you know that earth is composed of 29% land and 71% water. If you are able to use your advanced tech to set up camp in the Mediterranean, that would be fine. Note: This should not be taken to mean: go and drown yourselves.”