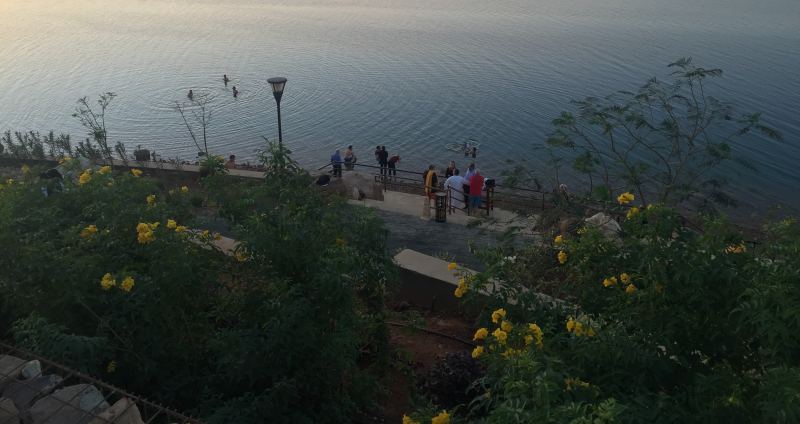 A few years ago, I was consulting in the technical department of a big company that makes electronics. One day at a company party, a young guy about 24 years old, roughly my age, walked up to me and introduced himself. He was a new recruit and was working in business development. He was funny, charming and intelligent. Over the next 6 months, I would watch him ruthlessly work his way into management, jumping over the heads of people who had been there for years.

I’ll call him Saul and talk a bit about his methods, because they were efficiently effective.

Being ruthless at work is like bringing a gun to a knife fight. People talk about cut-throat business, but actually most companies are pretty civilised and most people are quite nice to each other. So when a ruthless person comes along who is willing to just charge ahead and throw aside who ever stands in his way, for him it’s like taking candy from a baby.

What I’d like to do is list those external attributes that I observed in Saul – and you can decide if you would be capable of doing the same to get ahead.

Saul always had a lot friends, but he never stayed friends with people who had not moved up in the ranks with him. For example, when I first knew Saul, he was working as an entry-level employee in a large company. He was friends with everyone. He got friendly with the boss, and 6 months later, he was a manager. His old friends said that Saul would walk by them, chatting and laughing with the managers, and it would be like they never existed.

A core of Saul’s strategy, as he once explained was this – you can’t have a million close friends. You need to have close friends that are at your stage in life and higher, and for that, you have to leave the ones that stayed behind back.

When Saul needed something, he made sure that he gained as many friends in that particular area as he could. For example, when he made his play to get into management, he first became friends with his boss, and when his boss took him out, Saul got to know all the other managers, and became their friends.

When Saul wanted to get to know women, he identified the crowd of fun cool guys who were in contact with the women, and he became their friend. Saul would never pretend to be your friend just so you would fix his computer or something short-term like that – he created relationships with the people who would bring him forward.

Make sure your outwards appearance is perfect

GTL – Gym, Tan, Laundry. Saul said that people will judge you immediately by your outward appearance, and the most profitable investment you can make is in good clothes, good shoes and a good body. He actually wears light make-up. It may seem vain, but this strategy gained him a lot of attention from women, and he would use women to climb up the ladder of success.

To expand his contacts, he would use his clique of women to gain the attention of the men he was interested in. And for the women to be interested in him, he micro-managed his body and dressing to the smallest details.

And let’s face it – have you seen many top management who look grubby? Being well groomed seems to be an essential attribute of leadership.

Invest in your location

Saul spent an extra-ordinary percentage of his income on his home. He lived cheap and spent a large part of his income paying his rent in an expensive area, and furnishing his place really nicely.

One of the most important things he would do then would be to invite people to his home, and when people came in, they would be visibly impressed, and his value would rise dramatically in their eyes.

Saul also had a network of a few locations he frequented where he knew the people and the staff. At any social gathering, Saul would work to navigate the group to these ‘safe’ territories, where he would then be in control of the situation.

Approach people and tell them what to do

Saul had no fear of approaching people and telling them what to do. Rather than sitting in his desk and waiting for things to happen, Saul would always jump at every opportunity to approach someone and either build a relationship with them, or to do something for them.

For example, when new clients were brought on a tour of the company, he stood up and joined the entourage, chatting with the clients. The natural way he did this made it seem normal and accepted, and instantly got him noticed by the Vice President, who was leading the people around the office.

Whenever there was a panic or something that required swift action, Saul would always sit back and wait. He would not jump into the fray before he was sure what exactly was going on – which led to the impression that he rarely made mistakes.

On company outings, Saul would drink just a little, while encouraging everyone else to drink an excessive amount. This would result at some point in him taking over control of the group – and this was key to him assuming a de-facto leadership position a few weeks after entering the department.

What this brought him

Saul, shortly after arriving at the company became one of the most popular employees in his department. He was regularly going out for drinks with the head of department, and after a couple of months, she promoted him to something with an office, I’m not sure what.

Then she changed department, and because he had become the de-facto leader of the group, she recommended him for her job. He took over the job, and became close friends with most of the mid-level management. After a couple of months of hard work, he threatened to transfer to another branch unless he would be promoted. He was promoted after a negotiation period.

Now, five years later I heard he’s running a department with more than a thousand people below him. When people talk about him, they don’t dislike him; they are just awed by the way he aggressively moved ahead. By building relationships, and by ending relationships when they were hampering him, he was able to achieve a lot of what he had told me as he arrived that he wanted to achieve.