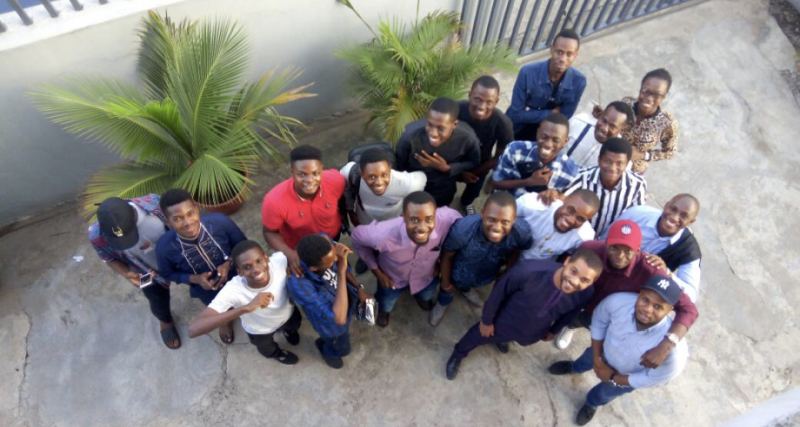 I’ve been on freelancing sites for 10 years, first as a coder (I used to be a top 10 coder for a few months), then I migrated to being a buyer. Here are some principles to successfully using freelancer sites as a buyer, in a manner that is fair to both you and the coder.

What to know before you start

Most freelancer sites do not have skilled developers from western countries. What they have are freelancers from countries like Romania, India, Pakistan and Russia. The price level is also at that level.

The available of particular skills is very limited. There are lots of good web programmers, many mediocre designers, but the more obscure and modern languages tend to have few people available. It’s generally a bad idea to pick people from western countries to do easy web stuff on these sites - the competition from really good cheaper countries will make it unsustainable for these people - and at some point they will move on, leaving you stuck with a project.

For C++ and more complex projects, you can pick from the U.S and Europe. For content writing, I have had the best luck with expats from U.S and U.K who are living in cheap countries like Thailand or Vietnam.

When writing your bid request

Don’t bother making people sign an NDA before seeing your bid. That’s not needed. However, turn on the setting to privatise your bid afterwards, because you don’t want coders going through your profile to see what you paid other coders.

Write the programming technology you are going to use in the title, so that the coders can see immediately if they are a good fit for this. Bear in mind, the coders are also going to see the projects in a big newletter sent per email. Always wait at least one day for that email to be sent out before you start selecting.

Put what the project is worth for you as your maximum bid. You will really get more quality if you pay more - the difference in the number of bidders when you go from $450 to $550 can be huge.

Don’t use list form for your bid. I.e, don’t break down the project into a list of items so that the programmer can process each chunk. Everytime I do this, it results in very very few bids. I think that people see the list and it seems like a lot of things. Instead, give a high level overview without going into the details yet.

If you can make screenshots or mockups you will get a lot more qualified programmers. Remember that what the programmer wants is a buyer who knows exactly what they want, are not going to expand the scope of the project, and who have specified the bid in such a way that it is not ambiguous. Ambiguous bids are the worst thing that a coder can get because then he is stuck doing a project that the buyer can add things to.

Give the coder enough details that he can estimate accurately how long the project will take. If he can do this, he can decide then if he wants to start or not. Do not gloss over something that sounds like it could be difficult. For example, a sentence like:

is dangerous for a coder. You may come up with some complex specification that means a lot more work. So any pro coder will skip over such jobs.

When selecting the coder

If it’s a design job, ask for samples. Please don’t make the people design something for you, the bidding is very fierce on such sites, there is not time to do a custom design for people who will then pay nothing.

Look at the ratings. Never ever go below 9.3 average (on a 10 scale). Do not EVER go for someone with less than 5 ratings for big projects. Yes, everyone needs a chance to start, but any coder with less than 5 ratings can abandon your project and open a new account. He is not invested in this account. When the going gets tough, it’s over. Coders with no ratings have to do small jobs for a while to up their rating.

If you see that a coder was in arbitration in the past, this is not neccessarily his fault. Some buyers are just terrible and the coders get stuck with a project that would last a month and they would be paid $50. So they need to go into arbitration, which gives them a low rating on the project.

After narrowing down your selection based only on rating, send a message to each person, discussing some part of the project. Coders have to typically bid on a lot of projects to get one, so they may not have time to really talk in-depth about your project. But when you send them a message, any coder who does not reply within 12 hours (pay attention to his timezone), or replies with just a short message (does not put any time into it), then forget it. The ones who are good, exchange one or two more messages, then pick the one you want. Be sure to look at how many projects he is currently working on, and if too many, ask him about this.

You can leave feedback on the ones you did not pick (if you were already in a conversation with them). I like to start new projects for them, because good people should not be wasted.

The progress of the project

Be professional. There is no need for jokes or being overly friendly or pally, or discussing how your day was. Just explain clearly what needs to be done.

Typically, a freelancer coder has more than one project running. The other one may just be in the slow bug-fixing phase or testing phase. Or perhaps he got accepted for multiple projects. Coders have to guage which buyer is lenient, and when crunch time comes, they will focus on the stricter buyer.

So don’t be hands-off, else your project will certainly be delayed. The best thing is to micro-manage, every 2 to 3 days review what has been made. The freelancer site system makes the programmer give you the code as he is making it (not at the end of the project), so constantly look it over. Test and point out bugs as he is working.

If you can get the coder on skype talking to you, this is really good. But don’t insist on it, because a lot of coders are not comfortable with this, particularly if english is their second language. But do have him on IM so you can kind of guage when he is available or not. If you notice erratic behaviour and not logging on for a while, then start micro-managing even harder, because it means he’s busy with something else.

If your coder is having problems, cut features. Even though you specified a project, it’s better to have a good thing with a smaller scope than have to restart the project. If your coder asks too many questions and it turns out he is not that smart, get a bit angry.

Remember that the rating is your biggest power over a coder (it’s not the money, since you don’t control this anymore) - don’t threaten with this, but only do so when things are going wrong.

Answer quickly and accurately to the questions your coder poses to you. Don’t wait.

The end is the most difficult part of the project because the coder wants to get paid. Remember, the coder cut-off date is the 15th and the 30th of the month. This means that every coder wants his project accepted before those dates. Make an effort to do so. If the job is 95% done and it’s the 14th of the month, then accept 95% so that the guy gets his money.

So, the coder feels the job is done, but on testing, you notice a lot of small things missing. Be careful when telling him new things to do that you do not expand the scope of the project. If you have a site and you discover that actually the site is useless without search, but you never put this in your project description, then don’t add it right at the end and beg the coder to add it. This is frustrating for him. Instead, offer a bonus and give him the choice of adding it if he wants. He most likely will.

When testing, don’t post each bug as a message, instead, test properly through, make a list of real bugs (not new features), tell him how to reproduce and paste as a single message. Then he can sit down in one sitting, and get it all done. The mode of testing where you post a bug, then 4 hours later another bug means that a lot of time is wasted just sitting and waiting, which is frustrating.

If at the end of the project, something small but annoying comes up that cannot be fixed, then don’t torture your coder. If he spends a few days and cannot fix it, then consider getting someone else to fix it.

Test quickly, and accept the project quickly. Many buyers are afraid of bugs creeping in at the end, so they string the coders along while they test the site intensively. This is the worst part of the project for the coder, because then he is interrupted to fix bugs when he likely has started working on some other project.

Remember, after every project the coder is worn out. Don’t immediately ask him to start something new. Let him rest for a few days. Say that you have a new project in a few days and if he is available, he should message you in a couple of days. If he does message you, then he is coming of his own free will, and is likely to do a good job. Remember this: Follow-up projects are usually much worse than the original project!

Only use arbitration as a last resort. It wastes a lot of time and is fatal for the coder. Try to work something out before this. If a coder is being wrong, there are two tricks you can use to kick him off the project: If he misses a status report, you can instantly kick him out. If the deadline expires and the job is not done, you can kick him out immediately.

And finally, when done, rate the coder a 10. There are basically only two ratings in 10 or 9. 10 means everything went fine, and 9 means he did something terribly wrong. If he was great or good, use the comments to say so. If he was not good, rate him a 10 but leave no comment.

That’s it. Remember, freelance developers are people trying to use their skills to get by. Be nice but not a pushover, professional but not too cold, pay well, but take advantage of the fact that it is cheap.