Does Twitter actually suppress tweets? Does it silently reduce the reach of your tweets, and stops showing them to your followers? Yes it does, and I know because it has happened to me.

I don’t know what offence I commited against twitter, as I don’t tweet anything super radical. There was also no notification that anything happened. Everything seemed about the same, but I just noticed less and less replies to my tweets. There were some replies, but just far less than I used to get.

And a few people mentioned that they only saw my tweets when they went to my page. So I decided to investigate and see if indeed my tweets were suppressed.

My own account has 164,000 followers, and my tweets normally had a fair amount of interaction, as you would expect. For example, this tweet from 2019: 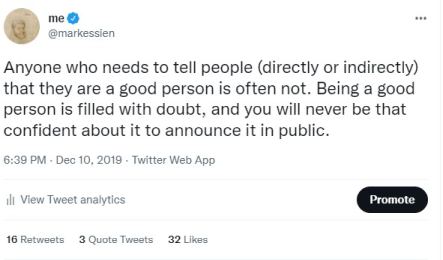 It’s not a special tweet, it was very average, but got a fair amount of interaction.

Now compare it with all tweets I publish nowadays.

No matter what I tweet, I get a low amount of engagement.

Of course, it could just that I got a lot more boring with age, so I decided to test it. I have access to another account with about 1/3rd of my followers, and I decided to tweet the exact same thing from both accounts to see what the result would be. 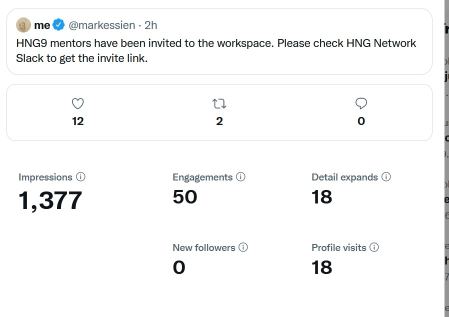 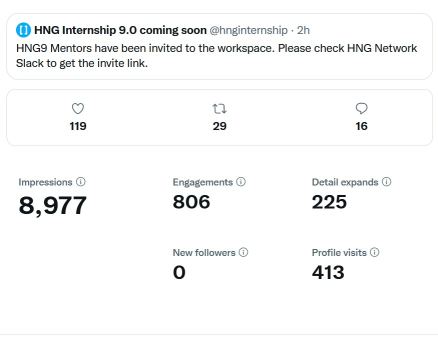 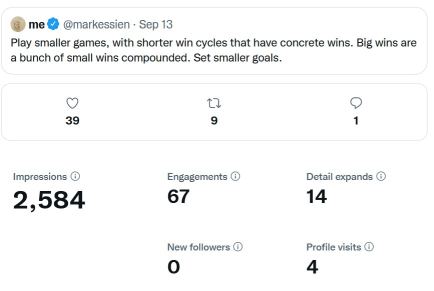 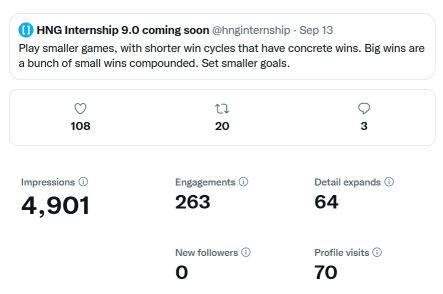 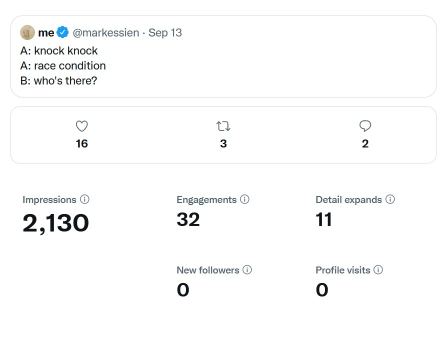 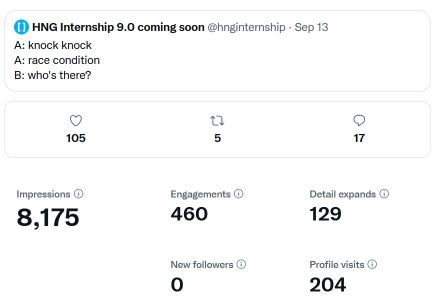 As you see, things are weird. The @hnginternship account has 38,000 followers, compared to my 164,000. But it gets more impressions than I do. And there is weird stuff still going on - the number of impressions are not correlating very well with the amount of engagement. One would expect that there would be a kind of ‘conversion rate’ where a high number of impressions leads to a correspondingly higher number of engagement, but that’s not the case.

On top of that, there is the general issue of low impressions. If you have 160k followers, then you would expect that your tweets are showing to a reasonable number of these followers. But twitter is limiting the reach - for example, one of the tweets above was only shown to 1,377 people. Which is absurdly low.

It’s a weird place to be - I am obviously not fully shadow banned, otherwise I would get no impressions and no reach. But my reach has been severely curtailed, for what seems to be no reason, with no notification.